“The Greatness of a Culture can be found in its Festivals”

Pongal / Makara Sankranti is a festival day in the Hindu Calendar, in reference to the deity Surya (Sun). It is observed each year in January. It marks the first day of Sun’s transit into the Makara(Capricorn).Being a festival that celebrates the Solar Cycle, it usually falls on the same Gregorian date every year. The festival is celebrated across the country, with a distinct regional essence even though the forms are different but the purpose remains the same, marking the onset of the spring season.

The Students of HIS Guindy, celebrated Pongal on January 13, 2020.  They had an amazing time marking the Pongal festivities, before they broke off for their Pongal vacations. Smartly dressed in colourful ethnic wear, are students they performed many enthralling songs and dances. As part of the celebration,’ Chakara Pongal’ was prepared in clay pots and distributed to the Parents, Students, Teachers and Support Staff.The entire campus wore a festive look with colourful Rangoli, decorated Pongal pots, sugarcanes  and other decorations enhancing the festival sprit. The celebration began with a Prayer, followed by a message, which reminded the children about the importance of the harvest festival. Various cultural programs, that included songs, dances and skit, depicted the significance of the Harvest Festival.The Highlight of the day was the bullock cart ride for children followed by indigenous games like marbles and breaking the pot. 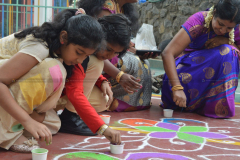 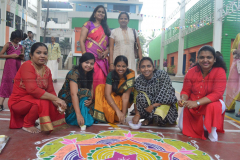 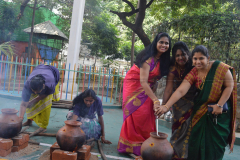 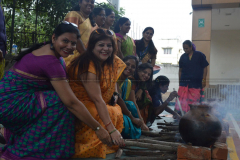 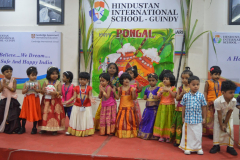 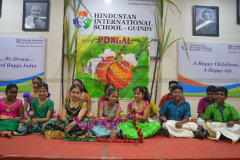 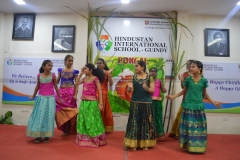 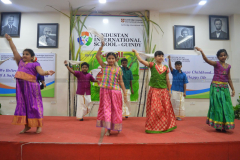 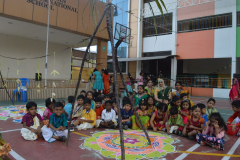