The Biblia-2018 Finals was held at HIS,Karapakkam on Monday, 10th December. Principal Ms .Iris Theodore addressed the gathering and stressed upon the importance of God’s Word in every one’s life and the school life is the right time to instill love & respect for it. It began with a prayer song sung by our School choir.

An Intra-school Bible Quiz competition was organized by HIS, Karapakkam. The Quiz began with the introduction of the quizmaster and contestants from each School-team. The rules of the intra-school quiz competition were announced. The Student Chaplain- Rev Joy Verghese conducted the quiz in a very interactive way and the teams participated with great enthusiasm. They skillfully answered the questions asked. Though some of the questions were very tough, the teams tried to answer them with confidence. The questions put forth to the teams were intriguing, exciting and made the audience go ‘Aah!’ and clap when the teams answered correctly. The audience also got a chance to participate every time the teams answered incorrectly.
Every round was a mixed bag with questions from New Testament, Old Testament, Book of Daniel & Acts. The final round, the Video-clipping and Video round gave the teams a chance to catch up with leaders and put-up a tough fight. The competition ensured that the teams minutely read every detail in the Bible.
A range of emotions were felt in the HIS – happiness, sadness, regret and excitement. Everyone waited with baited breath for the announcement of the final scores. The HIS,-Padur won the Quiz Competition scoring 165 points followed closely by HIS-Guindy with 130 points. Everyone clapped and cheered for the ecstatic winning teams.
The Biblia-2018 concluded with the finishing prayer. 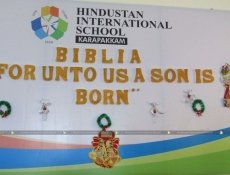 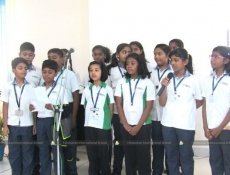 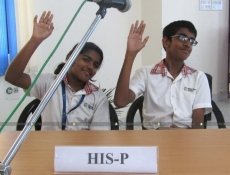 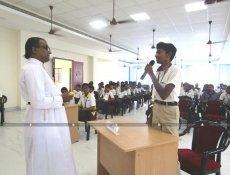 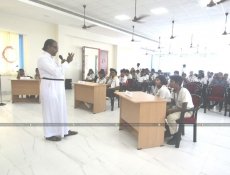 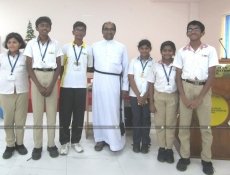