Another defining day in the history of Hindustan Group of Institutions, in the span of 30 odd years of having NCC Units across the colleges, Hindustan International School, Karapakam  was granted the NCC NAVAL UNIT. As the group celebrates six decades of its existence, it was a matter of pride to have this memorable day etched.

As the Director and CEO – Hindustan Group of Institutions put it across in his Key note address that the need of the hour is Discipline and patriotism  amongst the Student Community and NCC is one of the best platforms to inculcate these values .

Captain AK Sharma  Commanding Officer, 1(TN) Naval Unit NCC graced the occasion  as the Chief Guest was highly appreciative of the efforts taken by the Institution to promote the much needed values and the Guard of Honour presented by the  NCC Students of  KCG College of Technology , one of the premier institutes of the group.

Dean Academics – Mr Johnson Mathew, emphasized the need for NCC and spoke from his experience of the same, as to how it helped him develop into a finer human being.

Principal- Ms Bharathi Lakshmi welcomed the gathering and thanked the Management for such initiatives which foster qualities like Discipline, Dedication and Patriotism in the Students

25 Students were inducted as cadets who would be molded to become responsible citizens of the Nation going by the motto – Discipline and Unity. 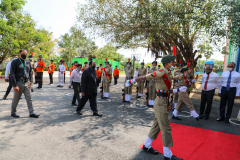 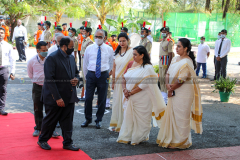 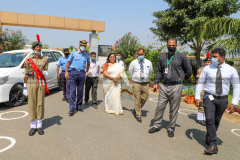 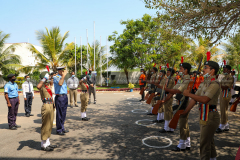 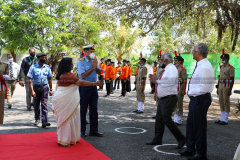 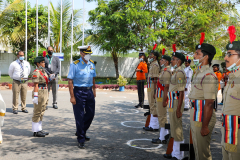 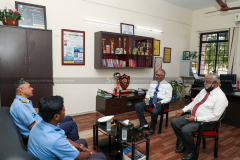 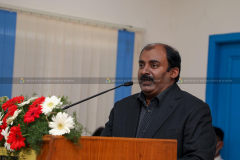 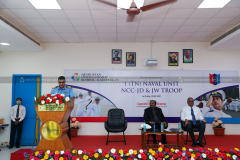 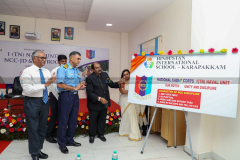 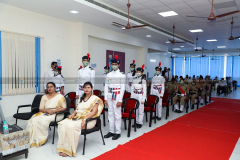 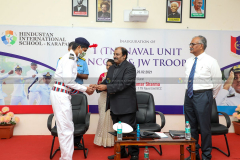 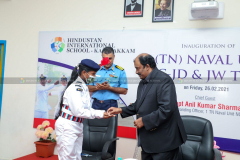 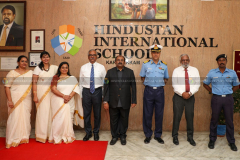