On 23, 24 and 25 January 2020, Hindustan International School Karapakkam hosted the 1st HIS Inter-School Football Tournament in a grand manner to develop Harmony and Healthy sporting environment among the Sister Schools-Guindy, Padur and Karapakkam.

The occasion was graced by the Joint Director, Dean Academics and the School Principals. After the Introduction of the Teams, the Chief Guest addressed the players and inspired them to show their talent in the true spirit of sportsmanship. He also inspired them to look at sports as a field of career. The Dean Academics kicked the ball to commence the Tournament.

The first Match was played between the Campuses of Guindy and Padur, where Padur Team won the Match by 10 goals to 02. The second day Karapakkam Team played against Padur Team and won by 05 -03. The third and final match was between teams from Karapakkam and Guindy Campuses. The team from Karapakkam became the Football Champions by beating Guindy Team with a score of 12 goals to 01. Padur Team was declared the Runner up.

The Football Teams participated with great Enthusiasm. The winner team was awarded by the Rolling Trophy and medals. The Runners up team also received a Trophy and medals. The Best Player of the Tournament went to Mast. Abhilash of Karapakkam Campus and from each team the Best Players Award was given to Mast Rahul S from Padur, Mast Yuvaraj from Guindy and Mast Dharani from Karapakkam.

The day was a great experience in the life of Students. The students from Grade 11 devotedly performed their duties as volunteers.

In short the Inter-School Tournament was a grand success by the combined efforts of Students, Teachers and Support Staff. 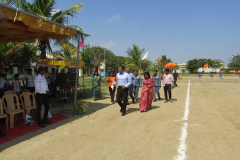 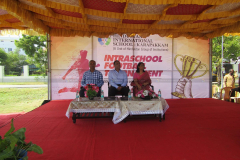 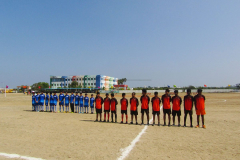 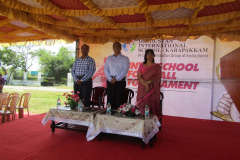 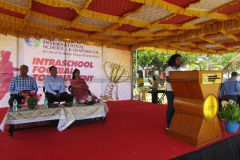 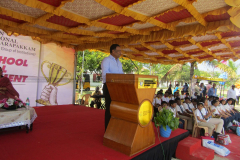 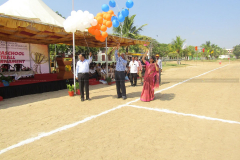 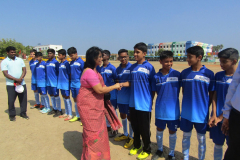 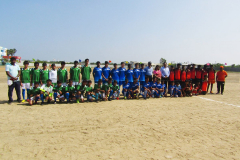 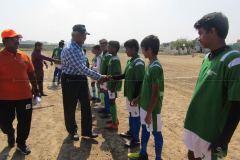 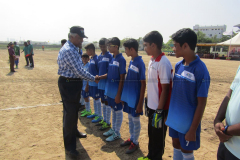 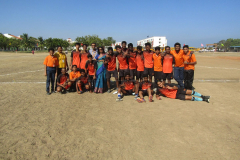 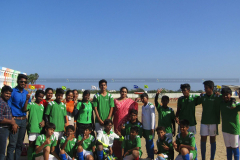 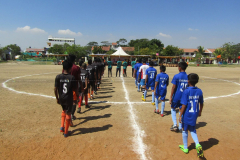 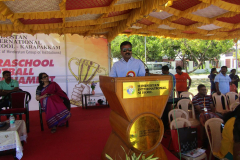